So I went home for a wedding. A good friend of mine from elementary school married a great guy. They served bottomless lemonade mojitos. Really, it was great. I got to see my parents. I met a friend’s newborn and was over the moon that the kid isn’t ugly. I slept like the dead in my high school bed. Our local bookstore, Water Street Bookstore had me down to sign copies of The Fling. 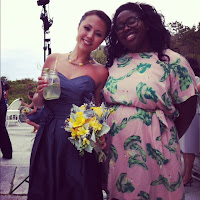 My mom bought me three books because she’s awesome. My dad and I hung out and watched Jerry Springer. I ate a lot of food and didn’t gain a pound. I went out drinking with my great guy friends. I found myself on the beach THREE TIMES! I came up with a wellness plan with my best friend. She also helped me brainstorm character and plot points for my next book because she too is awesome. I went for walks and spent time with my neighbors who treat me like one of their own.

Here’s what I didn’t do – I didn’t write. I didn’t write a good goddamn thing. I’ll be honest and say I left my laptop at my apartment. One less thing to deal with while going through security. I thought about writing on my phone while I was sitting on my parents’ couch, but when Springer’s on and you’ve got a good book in your lap, it’s just asking a whole lot to dig back into your own story. That required brain cells I wasn’t willing to give up. When I got back to L.A. it took me DAYS to find my stride again. Finally, last Friday I was able to get myself back together. I’ve since squeezed out 10,000 words on Suzy & Pilar. The last scene I worked on was a tough one, but I finished it and pushed on to a great sex scene that flowed rather smoothly. Now I think I’m in the homestretch. I might even finish it this weekend. Maybe. 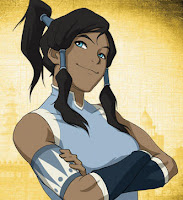 In other news, with the end of season two of My Little Pony: Friendship is Magic, I sat down and watched every episode of Avatar: The Last Airbender. And then The Legend of Korra premiered and I feel like it’s taken up so much space in my heart. So much space. I might love her more than the ponies. If you’ve seen my tumblr, you know.

In other other new, even though I knew about it, I feel I’ve officially discovered Korean Pop music. Or K-Pop. I’m now obsessed with Girls’ Generation aka SNSD. This song will definitely be on Suzy & Pilar‘s playlist. Good times.