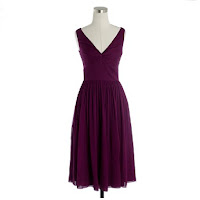 The wedding was magical and the reception was a blast, but the dress was miserable. I got passed the dress because I didn’t really have a choice and boarded a red eye to Boston, where I threw up a tainted Strawberry Frapaccino 20 minutes into the flight, all over the flight attendants’ station in the rear of the plane. They were very gracious, offering me ginger ale and making sure no one bugged me while I sulked in the bathroom for 40 minutes. I didn’t sleep a wink on the 6 hour flight, spent the whole day shopping with my mother and the whole night being a good friend to the bride. 3 hours of sticky sleep later, I was off to the beach with another friend to continue being a good friend. I spent the week sweating in unbelievable July humidity and when I finally got to sit down to send out more queries, I found out my mother had been completely wrong about my father switching over from dial-up to wi-fi. I did make use of my free moments, re-reading my book, AGAIN.

So I came back to LA… mission critical… sending out more queries.

At this stage in the game, I’m submitting to a few agents who would like a synopsis along with your query little. Some want a 1 page synopsis, some want 2 pages and a few want 5 page synopses. So I’d planned on tackling the 1 pager first and of course I ran into a few roadblocks.

Roadblock 1: My Boyfriend
I’ve noticed on twitter and facebook a lot of people like to complain about their significant others. I think this is weird. I actually like my boyfriend. Actually, I love him. I missed him a lot while I was away (several factors kept him from coming with me… work, my mother’s puritanical views. work). I wanted to spend some time with him. So that happened.

Roadblock 2: A Serious Lack of Sleep
I am a little nuts when it comes to my schedule. I usually eat, sleep, wake up, workout at the same time everyday, so sleeping only a few hours a night for a whole week wasn’t great for me. I can do it for months on end, but when my body sees that window for rest, it throws up its elbows and jumps through that window. I had a beautiful to-do list written out in the beginning of the week. I was so tired I ended up staring at the television, let my eyes water to re-runs of Amazing Wedding Cakes. Tuesday I woke up in a puddle of my own drool with re-runs of Law and Order SVU on at full volume. Finally I gave in and tried to get 8 hours the next couple nights, but I still felt like I was slacking even though I was researching my butt off.


Roadblock 3: Attention-Deficit Hyperactivity Disorder
It’s real and I have it. I thought I was seriously crazy in high school and college because I had to lock myself in a silent, windowless room to get any amount of homework done. I cried in my twelfth grade genetics class because I wanted to get an A and I was having such a hard time focusing. I almost dropped out of college over a Dickens paper I just couldn’t seem to write. Now that I know that I have it, it just makes my difficulty with focusing a little better, because I know I’m not crazy. I’ve tried Adderall. It works GREAT. Totally helps you focus… on whatever you’re already focused on. I’ve set out to write two chapters in a day and have ended up cleaning my entire place top to bottom, which included taking apart a fan to clean the blades. Most ADD meds are mild forms of Meth, in my opinion and coming down from them makes you cranky as all get out. Without the druggies, if I’m on the ADHD rollercoaster, its hard to get off. I’m stuck on the ride at the moment.

So it’s Friday. I’ve researched more agents, got some very helpful resources on writing a romance synopsis from a published author who is a pretty cool lady in general and I bugged some lit agents and assistants on twitter* (got some great feedback). Still, I head to bed synopsis-less and a little sad.

Here’s where I keep it positive, though. I have a roof over my head and a nice family who felt really bad that I puked on the plane. The wedding was actually fun and my boyfriend is still nice to look at. I was down in the dumps before I pumped out one of my favorite chapters and an epilogue I was really happy with. I will write this synopsis and then I will write another one and another. True Blood will start to level out in terms of comprehensive story lines. And I will find an agent…eventually.

p.s. j. crew does not cater to big chested women, but the ladies in their call center were very sympathetic to my problems.

*ive added Lit agent’s assistant Cassandra Marshall to the sidebar. Her blog is helpful and positive. I need the positive.